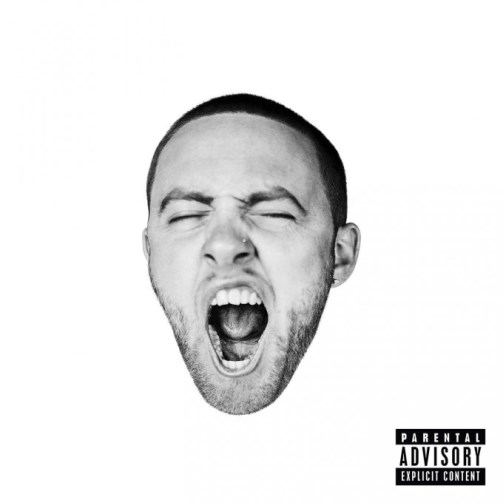 “I need to wake up, before one morning I don’t wake up”. Mac Miller was indeed in a dark place the past few years, battling addiction and depression. His past couple projects have all had worrying underlying tones that touched on those subjects. His 2013 album “Watching Movies With the Sound Off” was what kicked it off, with trippy and psychedelic vibes. “Faces”, the 2014 mixtape was more lackadaisical, and expressed his drug problems in a more upbeat and easygoing style. His new album, “GO:OD AM” seems to serve as a wake up call. The album’s opener, “Doors” sets the tone perfectly, with lines such as “and you know I’ve been through all the highs, I’ve seen all the lows” and “Ain’t saying that I’m sober, I’m just in a better place”.

He wasn’t lying; this project is by far his most consistent, and it seems as though he’s gotten much more confident on the mic.  The album balances both self reflection and self assurance as the same time, and somehow Mac makes it all fit together perfectly. He’ll show off his lyrical ability on songs such as “Clubhouse”, “Break the Law” and “When in Rome”, and then make you feel vulnerable and defeated on songs like “Perfect Circle”, “Ascension” and “Jump”. “Perfect Circle”, one of the album’s stand out songs will make you feel like you’ve been watching a dear friend battle addiction yourself. Mac raps “and they don’t wanna see that/they don’t want me to OD and have to talk to my mother/telling me that they could have done more to help me and she’ll just be crying saying she’ll do anything to have me back”. He’ll make you worry for him, but rest assured he’s in a better place. He went through a tunnel and found the light, and now it seems like he’s finally awake.