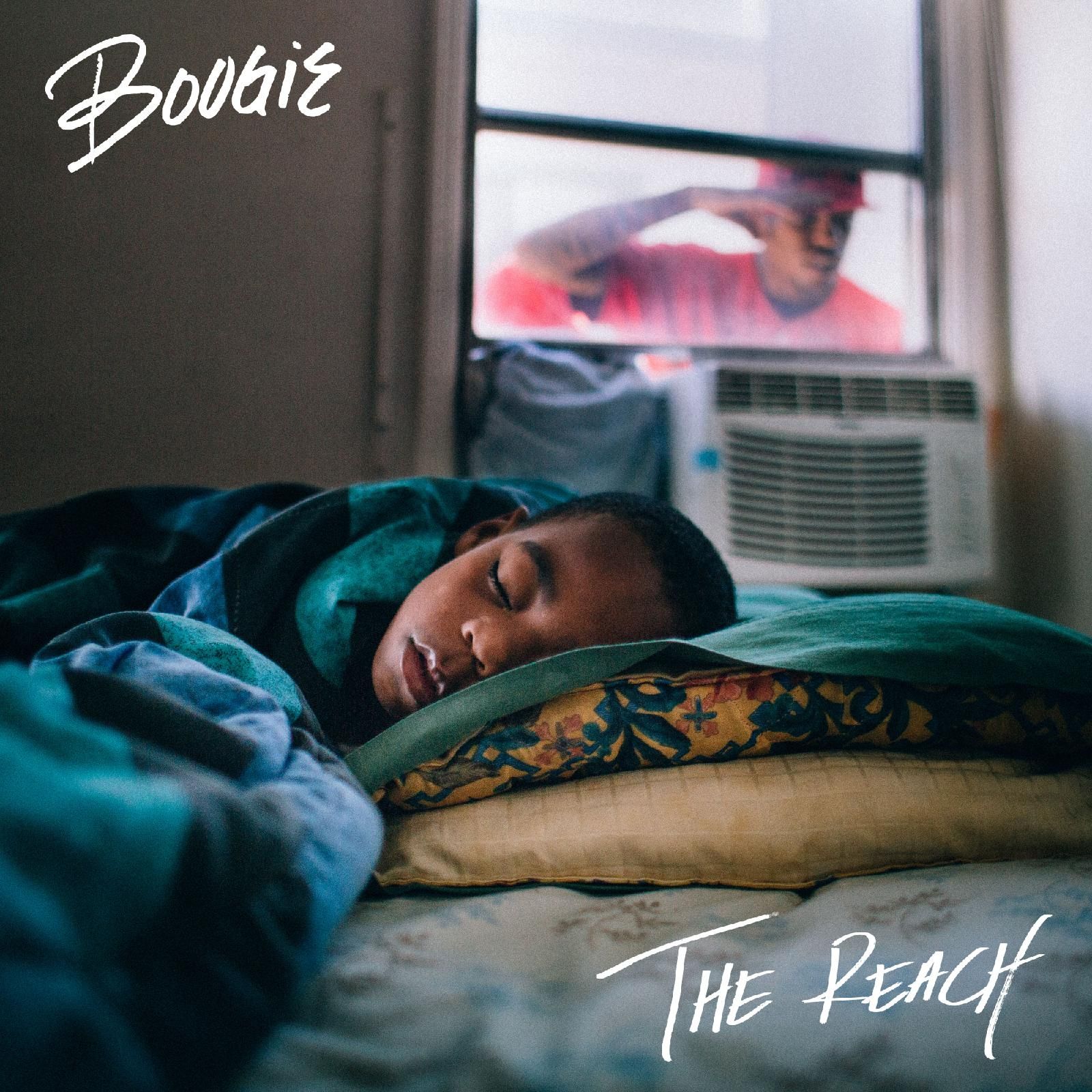 From Compton to Long Beach, he is affectionately known as Boogie. The Reach, is his second mixtape which capped off a two year rise in which he established a prominent name in West Coast rap scene and his recognizably high voice matching the likes of Chance the Rapper or Alex Wiley. He wastes no time and does not mince words as his first song, “The Reach”, instantly dives into his new life of celebrity, glamor and addressing all of the antagonists who plagued him on his rise to stardom. In contradiction to his first mixtape, the Thirst 48, Boogie left his casual spitting fire on the “block” tactics for a soulfully produced album that still kept his upbeat tempo. Instead of the casual bars one could expect to hear turning on the radio now, his surprising disclosure and emotion regarding fame matched with a heavy jazz influence and electronic piano production weaved throughout the album. Keyel, a producer who also worked recently on Mike Zombie’s Rebel Without A Cause, brings a warm and very interesting influence to the up-tempo beats Boogie usually works with and this creates quite an interesting mixtape.

There is a heavy fusion-jazz influence on The Reach and part of this is due to the work of Thundercat and Robert Glasper’s visionary style brought to rap recently by, To Pimp a Butterfly by King Kendrick. Keyel’s production on the mixtape is heavily influenced by that style however, the quick tempo in the first half of the album and Boogie’s casual flow plus natural ability to sing bridges, puts this album in a class of its own. Song’s like “Further” and “Intervention” are beautiful reflections of this up-beat and jazzy production which, in combination with Boogie’s deceptively ingenious lyrics creates truly a interesting sound in todays rap landscape.

One of the only songs not produced by Keyel was “Oh My”, which gave a clearly different vibe to the reflection themed thoughts raised throughout the introduction of the mixtape and this switch up was courtesy of Jahlil Beats. The innovator behind many of the Meek Mill “bangers”, he gave this mixtape, well it slaps and has even made its way into club, clearly the pop track of the mixtape. Because of his voice, he is reminiscent of Chance the Rapper on some tracks however, he has one of the most fluid flows I have heard in a while and his voice makes for fantastic hooks. Towards the end of The Reach, Boogie well, reaches deep. The ending of the album sifts through slower-paced beats while keeping the pleasant jazz influence, which worked amazing the emotional depth, lyricism and flow displayed towards the end of the mixtape. “Found You” and “Change” are the last songs on the album and fantastic examples of Boogie’s almost whimsical or fun flow while reaching a new level of personal disclosure from this artist.

In my mind, due not only to the captivating jazz influence on this mixtape but also the flow and lyrical genius from this up and coming rapper, this has proven to be one of the most interesting rap albums of 2015. This album cements Boogie as one of west coast rap’s best young talents and with his recent signing to Interscope Records, hopefully this will mean a new album will be coming soon from this promising artist. After two dominant mixtapes, people will finally take notice of Boogie in the lineage of new dominant west coast rappers like Vince Staple, Earl Sweatshirt and Kendrick Lamar.